"Ovention is a Winner" 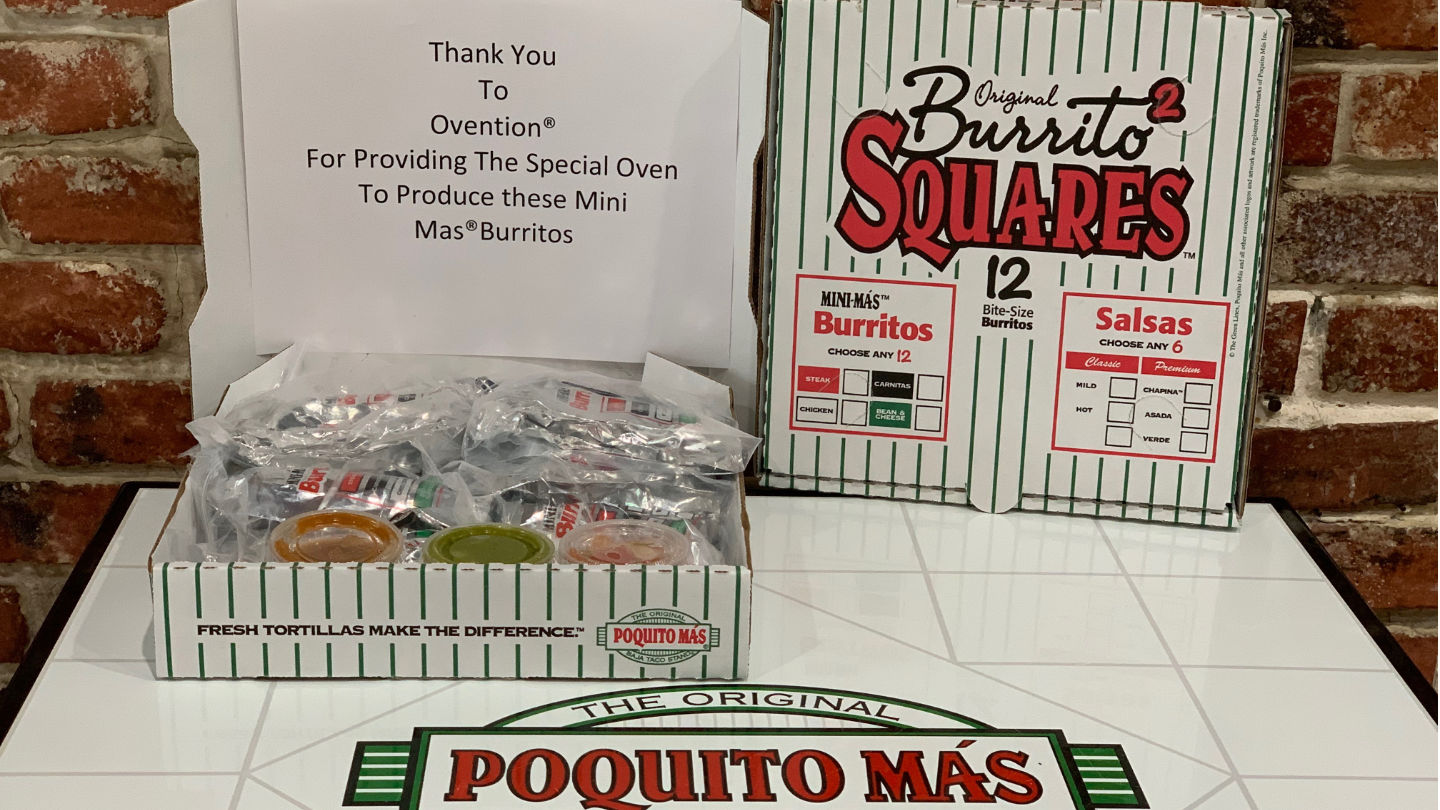 Kevin McCarney founded Poquito Más® Restaurant more than 30 years ago in California to serve “fresh food fast.” As a lover of Mexican food since his teens, McCarney has spent his life finding new ways to spread his enjoyment of the cuisine with his local community. His roster of restaurants has grown from the founding location in Studio City to now include eight other franchises in the greater Los Angeles area.

When news spread of the Coronavirus pandemic in early Spring, McCarney wanted to help his community in the way he knew how: by serving food.

Through a friend, McCarney connected with the emergency room at Saint Joseph’s Medical Center in Burbank to donate his signature Mini Mas® Burritos.

Mini Mas® Burritos were an ideal choice to donate because they are served in a pizza box, which makes for easy delivery. They are also individually wrapped to prevent any crossover issues.

“They are like little masks for each burrito,” said McCarney.

McCarney developed the Mini Mas® Burrito recipe 20 years ago. The small, homemade flour tortilla is covered with jack cheese, salsa, and a customer’s choice of protein. It is then finished on the griddle for crunch.

A griddle can cook up to 100 Mini Mas® Burritos in an hour. This output can serve Poquito Más® restaurant’s usual demand, but McCarney needed an oven solution to cook more burritos more quickly to facilitate donations to first responders.

He also needed an oven that would fit inside his Studio City location.

McCarney chose this restaurant to produce the burrito donations because of its additional staff. It also has an extra room that is dedicated to making fresh flour and corn tortillas.

The ideal oven would fit inside this tortilla-making room, so the griddles remain operational for regular orders.

When it came time to select an oven, McCarney called Ovention.

Earlier in the year, McCarney had tested the Ovention C2000 conveyor oven at the Southern California Gas Company. He had been shopping for a solution to cook his Mini Mas® Burritos with greater efficiency, but was unable to place an order due to opening another restaurant.

McCarney contacted an Ovention sales manager with a big favor to ask. He wanted to borrow the C2000 from the testing site to serve first responders.

“We were thrilled that Kevin chose us to partner with him on this project. We knew that our oven could handle his demand and maintain the quality of his tortilla shells. It was a great fit to support our dedicated healthcare workers,” said Jordan Robinson-Delaney, contract administrator and marketing leader at Ovention.

“It was extremely user friendly. It worked perfectly. A combination of the technology and the design really made it work for us,” said McCarney.

The Ovention C2000 produced four times as many Mini Más® Burritos as the griddle, cooking up to 400 per hour, while controlling their internal temperature.

“The oven baked the burritos so well. It even made it a little crispier – which is what we like,” said McCarney.

Another prominent feature of the C2000 is that it did not require a vent hood, which saved McCarney precious square footage and money.

The conveyor oven uses Ovention’s proprietary Precision Impingement® technology, which controls time, temperature and independent blower speeds for every item without the need for ventilation.

“That’s one of the most important features of the oven,” said McCarney. “It didn’t require me to put a hole in the roof to get the air taken out.” 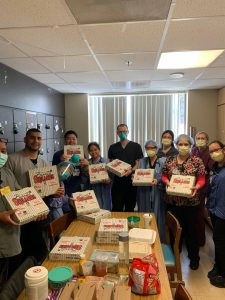 Working with Ovention allowed Poquito Más to donate more than 2,500 burritos to a total of three emergency rooms, five fire stations and a homeless shelter between March and May.

“I couldn’t have done those 2,500 with our tiny little grills,” said McCarney.

McCarney hopes that when dining rooms reopen and the pandemic stabilizes, he can add an Ovention conveyor or shuttle oven as a permanent fixture in his restaurant.

At Ovention, we’re committed to providing exceptional products and support during these challenging times. And you can count on us to still be there for you when things are (finally) back in full swing. For more tips to help you navigate these trying times, head on over to our blog.

Matchbox® 1718/1313
Cook a full menu of delicious offerings without a hood. The Matchbox 1718/1313 takes the traditional conveyor oven to a whole new level.
Learn more »

Conveyor 2600/2000/1200
Simple, smart and the right fit for operators looking for a high-throughput conveyor oven. The Ovention Conveyor Oven is the most technologically elegant and operator-friendly conveyor on the market today.
Learn more »
Schedule a Demo »
Contact Us »